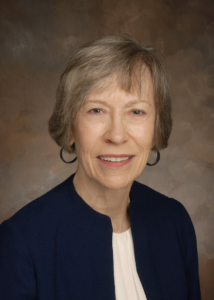 In the 1970s, the people of Birmingham realized they were in danger of losing their historical treasures forever. Terminal Station had been demolished, and Sloss Furnaces had narrowly avoided the same fate. For architectural historian Alice Bowsher (’95), it was the perfect moment to return to her hometown. “I was ready for the hands-on experience of saving buildings that represented our roots and told our stories,” she says.

Since then, Bowsher has helped spearhead efforts to protect structures and neighborhoods that give the Magic City much of its unique character and charm. Among her accomplishments, she is especially proud of her role in a multifaceted effort to document the Southside-Highlands area and gain recognition for the district in the National Register of Historic Places. Bowsher’s books, advocacy, and consulting work have had a broad impact, illuminating the hidden history of architectural gems across Alabama.

Still, a year in Leadership Birmingham “opened my eyes to much I didn’t know,” Bowsher says. “What meant the most to me, having grown up with White privilege in segregated Birmingham, was the chance to spend time with folks from different backgrounds and to delve into a deeper understanding of racial inequity.”

That experience has made a lasting impact personally and professionally, Bowsher says. “Learning how much I don’t know and continuing to learn from others is an unfolding process,” she explains. She has studied the histories of Black communities in Birmingham and other cities and highlights less recognized sites in her books, walking tours, and other projects. (One such site is Birmingham’s Colored Masonic Temple, a cornerstone of Black cultural, professional, and civil rights activity since 1924.) Bowsher also helped establish Main Street Alabama, a program to create jobs and preserve the character of small towns, downtowns, and commercial neighborhoods. “To succeed in economically challenged places, it’s essential for folks from different backgrounds to pull together to create a future where their roots are,” Bowsher explains. “We need to tell everyone’s story.” The same goes for Birmingham—which is why Bowsher is a Leadership Birmingham donor. “As leaders and citizens, the more we know and the more connected we are, then the better our prospects are for being a place where all people—and businesses and institutions—can thrive,” she says. She appreciates that Leadership Birmingham programs provide historical context for the city’s current challenges and use those discussions as a springboard for collaboration and problem solving.

In other words, Leadership Birmingham is a bridge linking the past, present, and future. “It’s a catalyst,” Bowsher suggests. “Birmingham still has a long way to go, and through our financial support, we can sow opportunities for future classes to help create a richer, fuller community.” As leaders, alumni, and donors, “we all have a stake in creating the kind of place where we want to live,” she adds. “We all need to do our part.”